See No Evil S.F. Archbishop William Levada styles himself as a leading advocate for openness among Catholic leaders on the clergy sex-abuse issue. So why doesn't he practice what he preaches? May 21, 2003 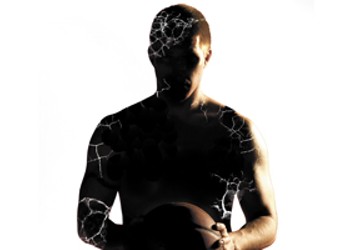 The USF Dons Have Gone from National Champs to National Chumps February 27, 2008

The Chief Is In (for Now)

About three dozen people are gathered at the Bernal Heights Neighborhood Center for a meeting of the San Francisco Police Commission, and the questions they're hurling at Police Chief Heather Fong follow a familiar pattern. To put it in a…

After 14 Years, His SFPD Paperwork is Approved

By Ron Russell Antjuan Taswell, whose paperwork to join the San Francisco Patrol Special Police was held up by SFPD for what is believed to be a record 14 years, has finally won his badge. Police Chief Heather Fong quietly…

Facing possible suspension from the California State Bar, attorney Tom Frankovich — notorious for his serial lawsuits under the Americans with Disabilities Act on behalf of clients who use wheelchairs — has turned his attention to San Francisco with a…

The question from TV's Judge Judy to San Francisco Patrol Special Police Officer Hanley Chan was straightforward enough. "You are a San Francisco police officer — is that correct?" Fulfilling his bit role on the show as a plaintiff's witness,…

Rene Medina, the San Francisco entrepreneur whose most lucrative enterprise over the years has been Lucky Chances Casino in Colma, may be a convicted felon, but apparently he has bluffed state gambling regulators into keeping his prize business in the…

In a cafe near his Pacific Heights home, David Kessler — who weighs maybe 160 pounds soaking wet — is expounding in a scholarly fashion on the causes of obesity, the subject of the book he is writing, while he…

Back in November, Jonathan Rodgers was fresh off the streets and living in a single-room-occupancy hotel near Civic Center, courtesy of a city-sponsored program for the homeless. Although he says he always paid his rent, he ran afoul of the…

It's a gloriously sunny afternoon, and Eddie Sutton has slipped away from his tomblike office at the University of San Francisco to return a phone call from the relative quiet of the lobby inside the aging War Memorial Gymnasium. The…

Apparently not even Dr. Phil can help KRON-TV (Channel 4). More than a year has passed since the financially ailing station's owner, New York–based Young Broadcasting, announced plans to revolutionize local TV news by turning its on-air reporters into camera-toting…

In 1941, shortly after the close of the Golden Gate International Exposition (World's Fair) on Treasure Island, curators packed up six giant murals created for the fair by acclaimed Mexican artist José Miguel Covarrubias and sent them on loan to…

Now that the Chronicle's celebrated BALCO investigative reporting team of Lance Williams and Mark Fainaru-Wada has split up, inquiring minds may be forgiven for wondering who gets custody of the sources. The answer: They're working it out amicably. "I'm sure…