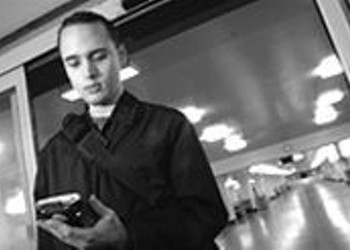 A Duty to Hack Adrian Lamo, the 22-year-old "homeless hacker" famous for raiding New York Times computers, pursues his vision of public service by cracking another major corporate network. It's a crime, of course. It's also what he was born to do. April 16, 2003

End of an Era

All good things, as they say, must come to an end. And this week marks the final installment of The Apologist, the satirical current events quiz in SF Weekly that poked sardonic fun at San Francisco's issues and newsmakers. For…

Deal or No Deal

Brian Sabean has been the general manager of the San Francisco Giants since 1997, responsible for building teams that have had winning records in eight of his 10 seasons. Sabean was named Executive of the Year by The Sporting News…

Another year has come and gone, and as San Francisco bids adieu to 2006, we take stock of the stories that shaped our lives during the past 12 months. As usual, the Bay Area found itself in plenty of national…

This holiday season, Bay Area shoppers have a new destination: The expanded Westfield San Francisco Centre on Market Street, in the space that once housed the old Emporium. Developers retained the Market Street facade of the 1896 Emporium — a…

The Bay Area sports landscape could look far different in just a few years. This month, both the 49ers and the A's announced major moves out of their historic city homes. Over the next three to five years, the A's…

Gomorrah by the Bay

In the run-up to yesterday's midterm elections, Republicans nationwide found themselves with a common last-second rallying cry. It started with Fox News pundit Bill O'Reilly, who inveighed against House Minority Leader Nancy Pelosi and her "San Francisco values" on his…

Last week, Google Inc., the Mountain View-based company that revolutionized the way people scour the Web and collect information, announced it was purchasing the online video clip service YouTube for the staggering price of $1.6 billion. YouTube, which was founded…

We know what you did last weekend: You grabbed the kids, threw a picnic basket in the back seat, and headed on down to the waterfront for Fleet Week! You couldn't miss the event around town — the Blue…

The Chron Behind Bars

A federal judge last week ordered two San Francisco Chronicle reporters to prison for as long as 18 months, pending their appeal, with the aim of pressuring them into revealing their sources of confidential grand jury testimony about star athletes…

I Spy a Scandal

California Attorney General Bill Lockyer last week opened an investigation into Hewlett-Packard, charging that its inquiry into press leaks of confidential information violated the privacy rights of board members and journalists. The Palo Alto computing giant's chairwoman, Patricia Dunn, who…