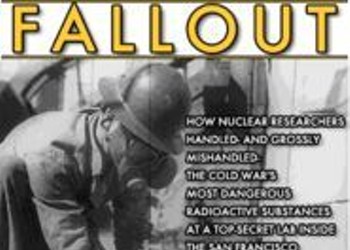 Fallout How nuclear researchers handled -- and grossly mishandled -- the Cold War's most dangerous radioactive substances at a top-secret lab inside the Hunters Point Shipyard. The same shipyard the city wants to remake as San Francisco's newest neighborhood. May 02, 2001

Battle Belli The international soap opera that surrounds the crumbling San Francisco landmark that was center stage for the incomparable "King of Torts," Melvin Belli April 12, 2000

One afternoon in late September, Mayor Willie Brown broke into his out-of-town schedule to conduct a conference call with a group of citizens from southeast San Francisco. For some weeks, the group -- which includes residents, environmental activists, and artists…

Recall fever has hit southeastern San Francisco, where some constituents of Supervisor Sophie Maxwell are collecting signatures for her ouster. The District 10 Alliance, a newly formed group of citizens from Bayview and Potrero Hill, charges that Maxwell has ignored…

Sculptors who are members of the Point, an artist community at the former Hunters Point Shipyard, have been notified that the building where they've been working -- in some cases for years -- is contaminated with radioactive materials, and they'll…

Size matters to Chris Lopez, managing editor of the Contra Costa Times newspaper and a champion of news in brief. Earlier this month, Lopez instituted a policy of paying his reporters a $50 bonus for front-page stories, hard news or…

Keith Tisdell and his fiancee, Shaaron Green-Peace, have lived in a motor home parked outside their town house for the past year. Their parking-lot home sits atop a hill that looks out across San Francisco Bay. The view is breathtaking,…

It's a Bechtel World

Within hours of the United States military's invasion of Iraq, San Franciscans of a certain political bent went on the offensive against one of the city's home-grown businesses: the Bechtel Group Inc. The public heat only intensified with news that…

The World According to Bechtel

The Bohemian Club - Bohemian Grove San Francisco's exclusive men's club hosts an annual encampment in Sonoma County where the most powerful men in America gather to socialize. Riley, Gary, and Stephen Bechtel are all members, as is Riley's brother-in-law…

With little fanfare, U.S. Navy officials in charge of cleaning up the Hunters Point Shipyard acknowledged last week that Navy personnel had burned large amounts of fuel contaminated with radioactive material in the shipyard's boilers 56 years ago. In its…

Calm Before the Storm

History books will no doubt characterize last week's mayhem in San Francisco in much the same way used to describe anti-war demonstrations during the Vietnam War: Protesters clashed with police in the streets in San Francisco .... And, of course,…

Under pressure from community members and regulators to fully investigate toxic contamination at Hunters Point Shipyard, U.S. Navy officials have discovered several new sites that might be contaminated with radioactive substances -- including three in a neighborhood outside the former…

Russian immigrants Igor Kogan and Mikhail Moiseev were in the same business, both dealing in high-end merchandise. Both lived in San Francisco, but preferred to commute outside the city to work, as did many of their associates. In fact, the…