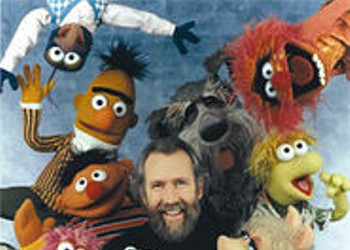 Just Tweet It Wallpaper.’s Eric Frederic is an unstoppable viral music producer. But can the incessant songwriting, video blogging, and booty tweeting make him a star? September 23, 2009

Get Me to the Church on Time

Barn Owl's music is almost tailor-made for sacred spaces. The local duo's most recent album, The Conjurer, unfolds with meditative pacing, each guitar chord purposeful as a mantra and played against skeletal percussion. The beautiful instrumental record is meant to…

Animal Collective, Merriweather Post Pavilion Merriweather made it onto many favorite lists this year, and for good reason. It's a sonic fireworks show. Small explosions of electronic glee build into giant displays of happy handclaps, ecstatic voices, and upbeat instrumental…

Ten years of music videos: A treadmill, a stanky romance, and a YouTube dream

For this week's music section, SF Weekly scoured the local landscape, asking the people making, producing, DJing, and distributing music about the big ideas affecting the industry in the last decade. Among their answers, one important media development that didn't…

The decade in ideas: local artists, DJs, studio heads, and tech geeks discuss the past and present in music

This month marks not only the close of the year, but also the end of a decade in which we saw the way we create, listen to, and consume music become faster and easier for artists and fans. But all…

The fifth annual SF MusicTech Summit was only on its second round of panels last week when cellist Zoe Keating aptly summed up a major goal for the event. She was a panelist in a discussion concerning the ways musicians…

For some folks, December is insufferable, a month packed with blinking, twinkling reminders of just how commercially focused, environmentally callous, and falsely cheerful this country can get. But I'll admit it — I love every last bit of Christmas crap.…

Annie's Social Club to close at the end of the year

New Year's Eve marks the close of more than a calendar decade — it's also the last night the lowbrow Folsom Street institution Annie's Social Club will be open. After four years of giving local bands, karaoke fans, and Britpop…

S.F. cops may have gone too far in seizing DJ gear at underground parties

San Francisco DJs at underground parties in SOMA are claiming that their equipment is being unfairly seized, and in some cases being held beyond a reasonable amount of time, by the San Francisco Police Department. A national electronic-rights organization is…

Pirate Cat Radio has never been a clandestine operation. It's easy to locate in the Mission at the Pirate Cat Radio Cafe, on the radio dial at 87.9 FM, and online at www.piratecatradio.com. The San Francisco news and music outpost…

The Dutchess and the Duke break hearts on acoustic strings

Breakups can be brutal, but the worst part is the dread before the expected split. Once you're single, your slate is nearly clean. It's when you haven't yet left the comforts of a relationship that a chilling sort of isolation…