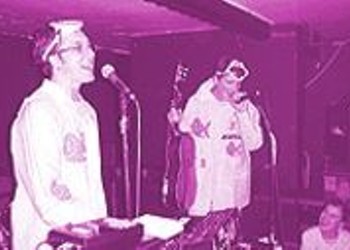 Meet the Foibles How a one-man home-recording project turned into the oddest stage show in town December 06, 2000 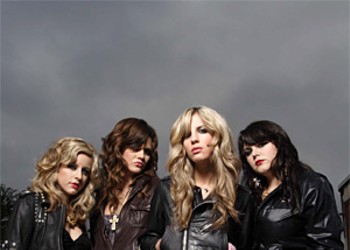 April saw one of the most bizarre indie-music placements yet. In an ad for the 2012 Honda Civic, a young girl in a superhero costume jumped into a car and raced away from pursuers to the sound of MC Chris'…

In 2004, local indie rock band For Stars released its fourth LP, It Falls Apart, a daring combination of arty Radiohead-ish rock and achingly pretty folk. But just when the band seemed destined for a major breakthrough, it broke up…

Oh, the miseries of being a woman who sings in French. Always, in every review and in all articles, to be called a "chanteuse." Even if you don't sing in French anymore! And you aren't even French, although you grew…

Usually, when a male and a female singer decide to collaborate, they choose a partner who's vastly different from themselves. Think Lee Hazlewood's deep baritone sweetened by Nancy Sinatra's arid croon, Isobel Campbell's breathy chirp grounded by Mark Lanegan's deep…

Most likely, the first song ever written had something to do with love. Perhaps it was penned by a Cro-Magnon besotted with some lady or triceratops. These days, it's just what songs are about: love of man, woman, God, baseball,…

If Peter Bjorn and John have taught us anything (besides how to put our lips together and blow), it's that figuring out what to do after having a hit record might be harder than actually writing one. Following the runaway…

It's hard to imagine the suspenseful works of Alfred Hitchcock without Bernard Hermann's spooky counterpoint. Or the giddy blockbusters of Steven Spielberg and George Lucas without the symphonic grandiosity of John Williams. Not to mention the over-the-top imagery of Tim…

​Bettye LaVetteMiltonGreat American Music Hall7 p.m., $26Oftentimes, the problem with tribute albums is that they sound far too reverent of the original songs. If you're not going to do anything special with the tunes, why even bother covering them at…

Oftentimes, the problem with tribute albums is that they sound far too reverent of the original songs. If you're not going to do anything special with the tunes, why even bother covering them at all, since the originals are usually…

Electro-funk was initially an "urban" experience, relegated to the R&B charts. But in the mid-'80s, the synthesizer-driven sound crossed over to the mainstream, delivering hits for Cameo, Midnight Star, and, of course, Prince. Soon, synths were everywhere, driving smashes by…

Jimmy Page don't know dick about the blues. Same goes for Jack White. And David Evans? Come on, no ridiculous nickname ("The Edge"? Really?) will make you sound like an expert on the torn and the frayed. It Might Get…