Motel Hell It took years for the city to move against an SRO that was full of pests. So one resident took her case to court. December 02, 2009 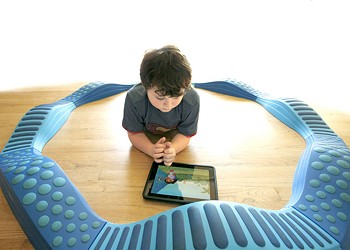 Illustration by Jason Crosby In an airport bar, anyone can be from anywhere. The patrons are all transient, all in limbo, and although they'll make snap judgments about each other — based on some article of clothing or gesture…

First Amendment attorneys in Washington, D.C., have taken up the case of a man being sued by a San Francisco plastic surgeon for posting negative comments about her online. The name of the surgeon — Usha Rajagopal — might sound…

A YOUNG WOMAN IN BLACK descends a winding staircase in an Academy of Art dormitory in San Francisco's Pacific Heights. Her dark, wavy hair bounces atop her small frame as she glides out the door and into a warm,…

If you type the terms "San Francisco" and "plastic surgery" into the Google search engine — as countless people have —the first business that comes up is the San Francisco Plastic Surgery & Laser Center. Beneath the name of the…

So this guy got himself a prostitute near the corner of Mission and Harrington streets in the Ingleside on Saturday morning sometime before 8:30 a.m. We have no idea why anyone would want to do anything that early on a…

One morning last week, a pastry chef approached the service entrance of Incanto Italian Restaurant and Wine Bar in Noe Valley and discovered a disturbing work of vandalism. A swastika had been painted on the door. "It was about 24…

The Cure for Camel Toe?

Tight pants-wearing women worried about exposing the shape of your pelvic region -- which has been said to resemble the shape of a camel's toe: pay heed!A new product cleverly dubbed "the CamelNot" has come to rescue you from the…

Friday night, scores of irreverently dressed people gathered at a house on Chattanooga Street in San Francisco. There were a couple of black-faced coal miners, lots of pregnant women, some oiled ninja turtles, and the guy to the right, who…

Earlier this week, we showed you what the geniuses at Dial House had been up to (see the Slip Quit to your right). The fictional device helps people escape from boring meetings and awkward conversations or during stomach emergencies.  In…

SFPD Spokesman Albie Esparza *Not* the Victim of Road Rage

We couldn't help but notice a Web report earlier today that 52-year-old Albie Esparza was nearly hit with a car, then beaten with a bat and knocked to the ground last night in an apparent road rage incident. Esparza, it…

Last night in San Francisco, the weather was a breezy 90 degrees -- absolutely perfect for an outdoor cookout. Apparently one woman in the Tenderloin had other plans for her barbecue paraphernalia.A 47-year-old woman named Gay Brandies was last night…